How to design motorcycle gears

Summary:Not all motorcycle gears are designed like this. For example, in a motorcycle with a cycle gear, its...

Not all motorcycle gears are designed like this. For example, in a motorcycle with a cycle gear, its neutral position is between the first gear and the highest gear. Therefore, we have to look at the model specifically, and we cannot generalize this phenomenon. The motorcycle neutral gear mentioned by this friend is between the first gear and the second gear. This is mainly for motorcycles in the international gear, because as long as it is an international gear, it basically has such a gear layout. The size of the bits is different.

First, we must figure out what the gear of the motorcycle is? Everyone knows that the powertrain of a motorcycle is mainly composed of an internal combustion engine and a transmission. The transmission has multiple gears. Regardless of the number of these gears, they can basically be divided into three gears. They are neutral, low-speed, and high-speed, and the main reason why the engine gearbox reserves so many gears is that according to our needs, the engine power can be maximized, and it also helps to be flexible in actual use. It will not be so dull.

If the motorcycle does not have a neutral gear, then the normal manoeuvring cannot be completed. Maybe starting is sometimes a problem, but if there is a neutral gear completely different, our use will be more convenient. Moreover, the appearance of high and low gears can better adapt to the requirements of motorcycle speed and power under different road conditions, so each gear has its potential role. Generally, the first gear of a motorcycle is a hill-climbing gear. It is unlikely to be used in actual driving. It may be that some riders did not use the first gear at the start. Therefore, under normal circumstances, this gear is an empty gear. Gear, we can skip it and use the second gear directly, so the first gear is a spare tire, and the chance of using it is not high. 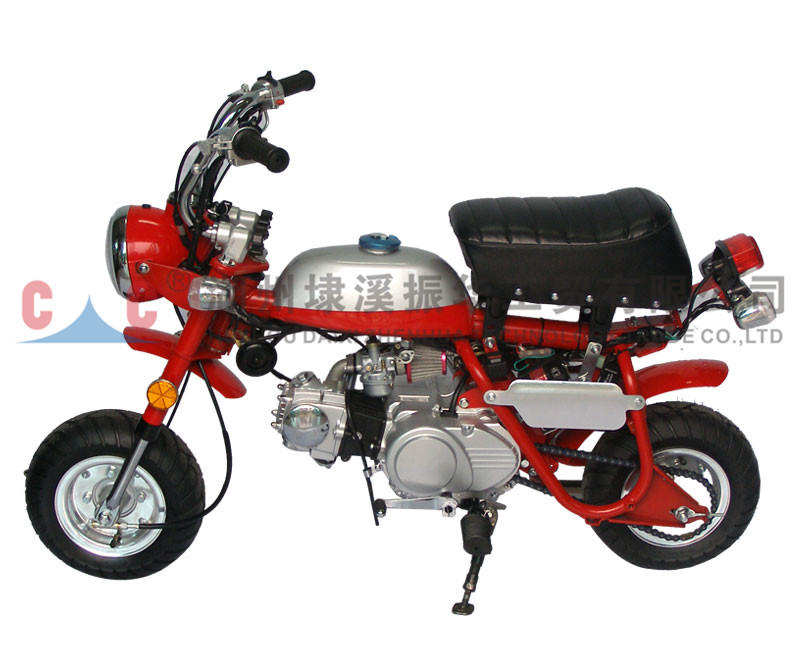 In addition to the above, the advantage of this design is that when the motorcycle is stopped, the transmission does not need to enter neutral through the first gear, and it can also avoid the motorcycle’s frustration and even skidding. Of course, for some gears For harder models, this effect may not be obvious. Since it is easy for us to shift to the first gear in the process of finding the neutral gear in many times, it may not be able to achieve the predetermined effect smoothly, but for those models with clear enough gears and smoother shifting, this feature is still More obvious.

This situation is mainly because the first gear speed only emphasizes the output of torque and does not pay attention to the performance of speed. It can only play its due role when the motorcycle speed is low. If the taxi speed is too fast when the motorcycle speed is high, carelessly The consequences of the transmission entering the first gear will be very serious. Moreover, according to the strict operation process, the downshift of the motorcycle is carried out step by step, and it will never be skipped. At this time, the second gear enters the neutral position and it is more flexible and efficient. Therefore, the international gear is a gear layout, although in actual use Although it is not humane enough, the safety factor is relatively high. As long as the gear is designed strictly in accordance with its gears, some things that should not happen can be avoided. Therefore, the second reason for this design is for safety.

Of course, the second case only applies to motorcycles that are about to park, and not to coasting in neutral at high speeds, because this operation itself violates the rules, so it only applies to our operations before parking. In addition to the above two factors, this design is also directly related to the characteristics of international gearboxes. Do you find that the first and second gears are used in the opposite direction? This means that their gear layouts are different, so Move the neutral gear to another position, this kind of gear layout operation will be more elusive, and with the neutral gear, it can be avoided well, and the operation error will also let us know clearly how to hang it. ? Otherwise, it is really hard to tell whether it is stepping or hooking, so the neutral gear also has a role of distinguishing gears here. In short, in addition to the low frequency of use of the first gear, and in order to ensure the safety and efficiency of the motorcycle during downshifting, the international gear motorcycle adopts the position of neutral gear between the first gear and the second gear.